Congratulations on the International Day of Vyshyvanka!

Congratulations on the International Day of Vyshyvanka!

On this day, it is customary to celebrate the spread and popularization of cultural values ​​and traditions of Ukrainians through art. The art of embroidery has deep roots and meaning. Each pattern in the embroidery is a symbol. Traditionally, World Embroidery Day is celebrated every year on the 3rd Thursday of May.

Vyshyvanka is an embroidered traditional Ukrainian garment. Since ancient times, embroidery was an important part of the pre-Christian life of proto-Ukrainians. Mentions of the embroidered clothing of the Scythians, who lived in the territory of present-day Ukraine, can be found in the memoirs of Herodotus. The formation of Ukrainian symbols was influenced by the traditions and culture of many peoples, nevertheless, the Ukrainian vyshyvanka has retained its uniqueness and originality.

The ornaments used to decorate the embroidery are unique. Each craftswoman creates her own masterpiece. However, all ornaments can be conditionally divided into the following types:

The meaning of embroidered ornaments.

Our ancestors revered the elements of nature as gods. Because of this, the most common elements of embroidery were symbols of the elements of the sun and water. Wavy lines, an eight-pointed star served as protection against evil forces. A rhombus with a dot in the center symbolizes fertility. Ukrainian clothes with the image of rhombuses is worn by spouses who wanted to become parents.

Viburnum is one of the national symbols of Ukraine, so it was also often depicted on shirts. Viburnum is considered the personification of the fiery trinity—the Sun, the Moon, and the stars. The red color of viburnum symbolizes the blood of the nation and the immortality of the family.

The image of an oak tree can frequently be found on men's embroidered shirts. Oak symbolizes male strength, life energy and development. In order to give strength to their husbands, wives typically embroidery patterns with oak leaves and acorns on men's clothes.

Grapes are a symbol of a happy family life. Grape clusters were depicted not only on shirts, but also on towels and tablecloths. Periwinkle, which can frequently be seen on embroidery, symbolizes youth, purposefulness, development. Hops have about the same meaning. Shirts with the image of periwinkle and hops were usually made for young men and girls.

A red poppy was considered a family amulet and a protection against evil on the embroidery. If there were fallen soldiers in the family, the women of that family depicted poppies on their clothes, in memory of them. A rose symbolizes love and mercy, sunflowers symbolize life, energy, happiness.

On Ukrainian embroidery, you can often see images of various animals: cuckoo, owl, rooster, butterfly, hare, and others.

Not only the patterns on the shirt have a sacred meaning, but also their color:

Delight each other with meaningful gifts:

We dream of the earliest victory of Ukraine, of the victory of good over darkness! 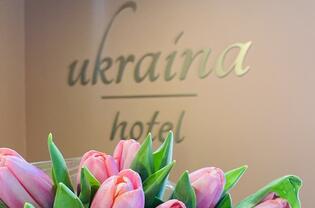 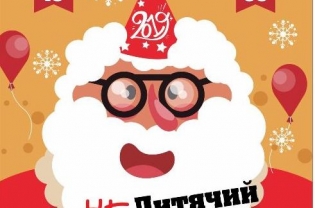 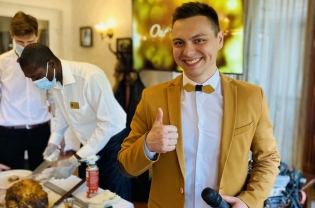